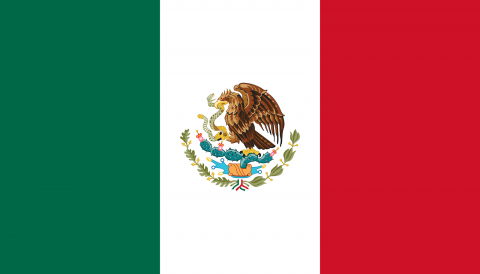 According to legend, the Aztecs determined where to permanently settle based on a sign from the gods: an eagle, eating a snake, perched on a cactus.  As they navigated the land that is today Mexico City, the eagle, eating a snake, on a cactus, sat on a tiny island surrounded by a massive lake. Recognizing the sign from the gods, the Aztecs expanded the island to make it habitable, filling the water with soil and sand. The Spaniards continued this practice, establishing the foundation of a soon to be megapolis in a lakebed (here).

Every year, on September 19th, Mexico hosts an earthquake drill to prepare its citizens for a potential earthquake. On that date in 1985, a deadly earthquake literally shook the capital city to its core. The magnitude 8.1 earthquake caused nearly 10,000 deaths, the collapse of more than 1000 buildings, and $4 billion dollars in damage (here). They say that the magnitude of the earthquake, the instability of the city’s lakebed foundation, and the lack of infrastructure to withstand earthquakes led to such massive damage.  The annual earthquake drill serves both as preparation for future earthquakes as well as commemoration of the tragedy..

One year ago today, September 19th 2017, I worked at Endeavor in a WeWork building in Mexico City. I was just hopping out of an Uber as WeWork wrapped up that year’s earthquake drill. We returned to our office, and continued on with our day. In Mexico City, it is custom to stop working for an hour at lunch, and sit around a table with your coworkers. Around 1pm, the Endeavor team headed to the pantry; I had just sat down at the long lunch table when my manager looked up and asked, “¿Está temblando?” (is that an earthquake?).

At that point, I had experienced a two earthquakes: once during a summer in Guatemala that I basically slept through, and another one in Mexico City on September 7th, 2017. To be honest, I thought they were kind of fun--disorienting, almost as if you were on a boat in a calm ocean. The morning after the September 7th earthquake in Mexico City, our team sat down and reviewed how to protect yourself in an earthquake. You simply find a “triangle of life”*--a piece of furniture to crouch beside, so if any debris falls above you, the furniture helps to create a little triangle of space. It provides safety against injury as well as an air pocket (here).  We giggled, swapped stories of where we were when the relatively moderate earthquake hit, and moved on. 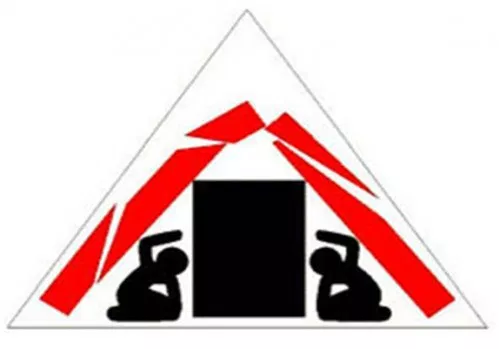 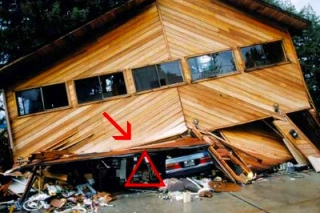 Demonstrations of the Triangle of Life

*The triangle of life is no longer recommended as a safety measure during earthquakes.

This earthquake started no differently.  Yes, we all noted the irony with winks to each other as we got up to find a triangle. I rose from my seat, intending to follow my coworkers to the hallway.

When a tall building is built to withstand earthquakes, the steel structure is made with flexible steel (here). That way, when an earthquake hits, the building will sway with the ground’s movement instead of cracking at the third or fourth floor and falling to the side.

Our WeWork pantry had one lunch long table, some booths tucked away along the wall, two couches, and the long bar that separates the kitchen area from the seating area. The space showcases local Mexican art, potted plants, and has hanging light fixtures (probably six or seven feet long, hanging from the ceiling) to round out the “cool latino” vibes. 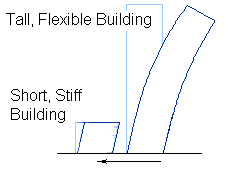 WeWork Varsovia is built to Mexico’s high earthquake standards. A WeWork employee had said afterwards that on the ground floor, the building moved one meter to the right, and one meter to the left. An arc of about two meters, on the ground floor, must have been close 10 meters on the ninth floor (my estimation) between the flexibility of the steel and, well, physics.

As I stood from the lunch table, I watched my coworkers struggle down the hallway, using the wall to climb forward. They crouched under the door frames, holding on as the building swung back and forth.

I couldn’t get to them. The building was moving too much. I grabbed on to the kitchen pantry, the closest thing that was cemented to the floor. At that point, the hanging light fixtures had started to swing so violently that they hit the ceiling (or each other) and shattered above me. I was holding on as hard as I could, but it felt as though I was a ragdoll, flung from side to side. I looked at another coworker, the one that always maintains her cool. The look of sheer terror on her face filled my body with dread. She must be thinking the same thing.

I thought the building would snap. I thought it would snap and that we would crash into the ground. Glass rained down on me, and terrified screams echoed the room. Just when I couldn’t hold on any longer, the movement slowed. What seemed like the entire floor of people lurched towards the staircase, but a “calm under pressure” co-worker yelled to stay in place, that the earthquake was still happening.

Unfortunately, the staircase is one of the deadliest places to be during an earthquake (here). We had to wait it until it was over.

The movement finally slowed to the point where I could grab a friend’s hand, and hide under the long table. At the time, I didn’t have the composure to think about the triangle. I just went with my (incorrect) instincts.

After the longest 39 seconds of my life, it was over.  Another “calm under pressure” coworker directed us all to the staircase, calling out “acabamos de hacer esto, salimos a las escaleras A” (we just practiced this, file out to staircase A). Many were crying, and more than a few had fainted, their teammates carrying them down 9 flights of stairs. As I stumbled to the staircase, I pulled my phone from my pocket to text my mom and my sister: “I’m okay. Shaken, but okay.” It sent right before service went out, city-wide.

It was September 19th, 2017.  I was only eight years old when the terrorist attacks struck New York City on September 11th.  It had become a personal tradition to revisit that day in commemoration of the loss and patriotism that would shape my adolescence.  On September 11, 2017, I watched YouTube clips. I watched documentaries. I did what I’ve done for 16 years.

When we got to the ground level, people were sprinting to get to the street. I still wasn’t sure if the building would hold up. Visions of the twin towers collapsing into themselves reverberated in my brain. So I ran, too.

We were lucky to have had the drill only two hours prior. It kept evacuations organized, and probably saved many lives across the city. But the drill does not cover protocol for gas leaks. People screamed to put out cigarettes, put out lighters. We could smell the fumes. Gas leaks on either side of our block confused the mass of people, those at each intersection pushing inward. WeWork sits in the middle of the block, so people from both directions pushed and trampled towards us to escape the threat of combustion. The tides forced our team to clump together, swaying at the mercy of the mob. Finally, an officer found our confused block, and directed us north to the Angel of Independence. To safety. The “Mom” of Endeavor pulled me into a hug that I’ll never forget. Then, I just broke down. We were okay.

Yet Mexicans united in the days following. Distribution centers popped up in each district, accepting donations and redistributing the supplies where they were most needed. Endeavor partnered with WeWork to host a distribution center in the front lobby. We worked with technology companies like Google to pinpoint the most pressing needs for the supplies we had, and we’d send it as quickly as we could.  Volunteers came out with hard hats, gloves, and bandanas around their mouths to dig through the rubble to rescue those trapped under debris. People were being dug out, alive, seven days later. 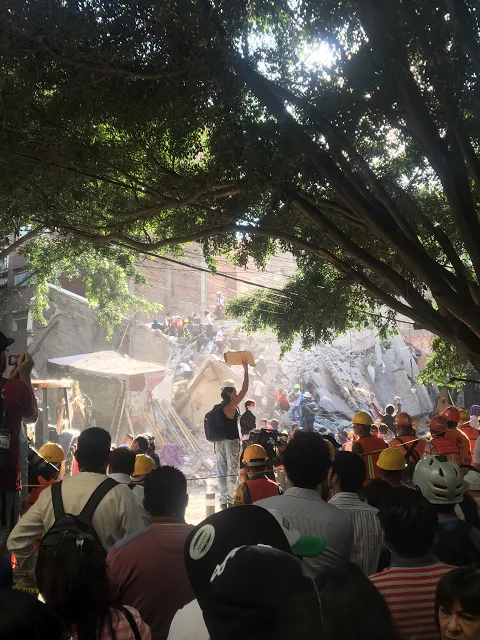 I was in Mexico City throughout the 2016 US presidential election. In the aftermath, a teammate told me, “Ahora sabes cómo sentimos nosotros” (now you know how we feel). So succinct, so impactful. During the days after the earthquake, that same teammate hosted a few of us at her house, until our apartments were deemed safe from infrastructural damage. As we watched the news, I was amazed at how seamlessly the Mexicans had come together, working tirelessly to rescue their fellow citizens. In response, she said: If we don’t mobilize, who will? Mexicans can’t rely on the government. We have to do it ourselves.

Walking around the city the week following, I could feel it. The camaraderie. The commitment to help strangers in any way possible. The men and women digging, organizing and transporting people and supplies.  Others cooking hot meals to sustain those same volunteers. Families all over the country with very little to give brought bags of rice and beans to distribution centers, recognizing that others needed resources more than they did.

Many of the startups that Endeavor supports offered their resources or services to the relief efforts. Econduce provides electric scooters and helmets to traverse the city, so they lent scooters for free to help distribute donations and helmets to those digging to rescue victims. Rappi receives and delivers food/groceries through their web and mobile platform; they added an option to donate to the relief efforts directly on their application. Carrot, a vehicle sharing service in Mexico City, leveraged their fleet of cars and vans to deliver donations to the areas hit hardest by the earthquake. One entrepreneur stayed up all night after the earthquake hit, digging people out of a collapsed elementary school just blocks from my apartment.

So, despite the trauma, that is the memory I choose to take from September 19th, 2017. That humanity can emerge from tragic and devastating circumstances. 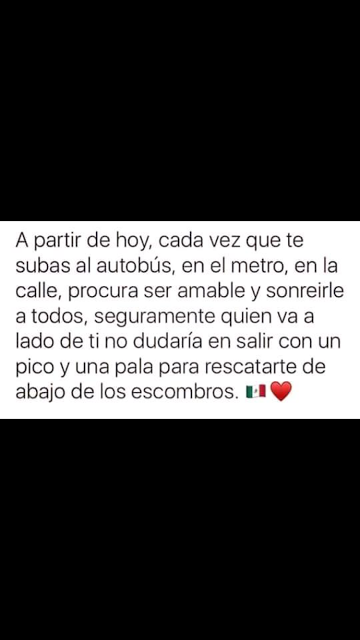 Translation: “From now on, every time you’re on the bus, on the metro, or on the street, try to be friendly and smile at those around you. The person next to you wouldn’t think twice before going out with a pick and shovel to rescue you from beneath the rubble.

Series of photos demonstrating solidarity from that day: 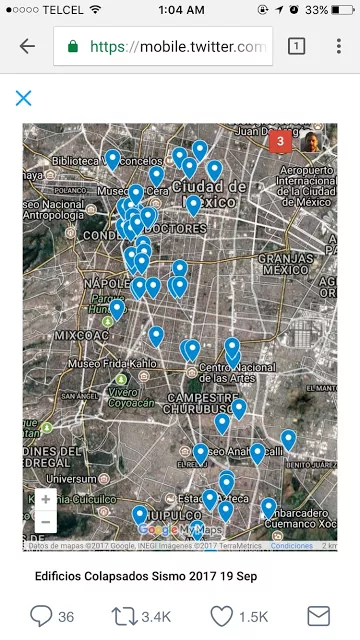 Translation: “Take your scooter for as long as you need it. Get in touch with us tomorrow and we will refund your trip.  Drive carefully!” Facebook post, September 19th. 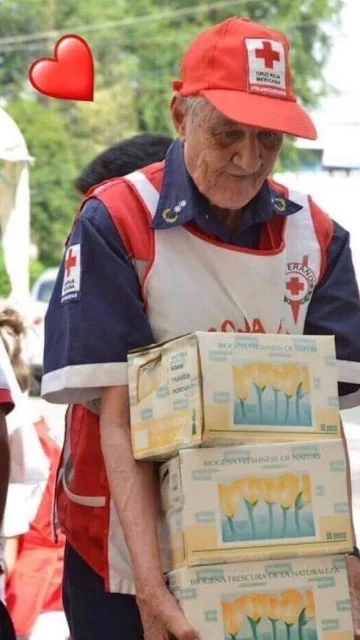 Endeavor partnered with organizations such as the Red Cross and Google, as well as Endeavor entrepreneurs to efficiently target and respond to needs within Mexico City as well as in affected areas such as Puebla, Morelos, Oaxaca, and Chiapas. Mexico City, Mexico, September 20th. 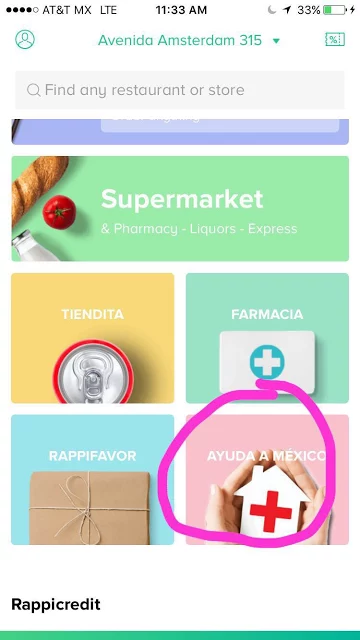 Endeavor Entrepreneur Rappi offers food and pharmacy at home delivery through their web and mobile platform.  On Sept. 19th, the company made it easy for users to donate to the relief efforts directly on their application.  Screenshot from the Rappi application, September 19th. 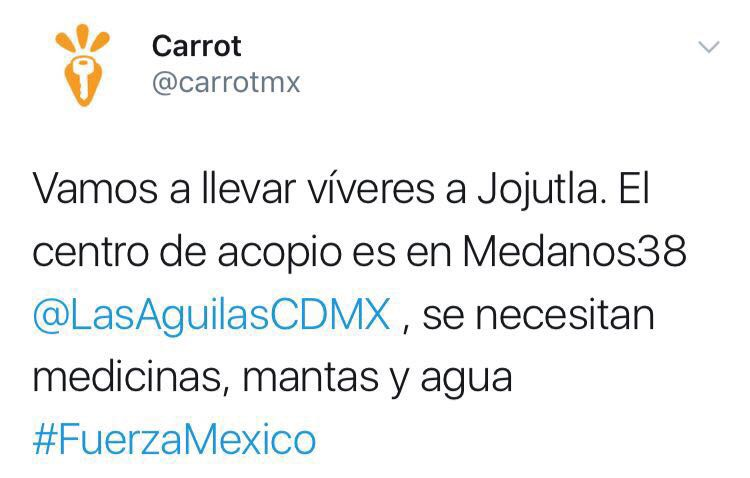 Translation: “We are going to deliver donations to Jojutla.  Our distribution center is Medanos 38, @LasAguilasCDMX, medicine, blankets, and water are needed.   Twitter, September 20th. 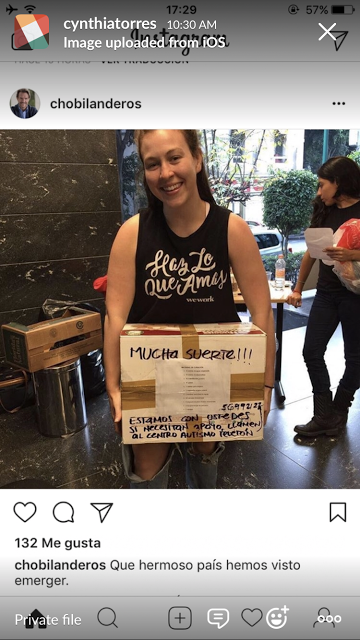 Endeavor collaborated with WeWork to establish and market a distribution center, collecting and redistributing supplies where they were most needed. Endeavor Mexico/PiLA Fellow Annie Austin helping at the distribution center. Caption translation: “What a beautiful country we have seen emerge.” Instagram, September 22nd.